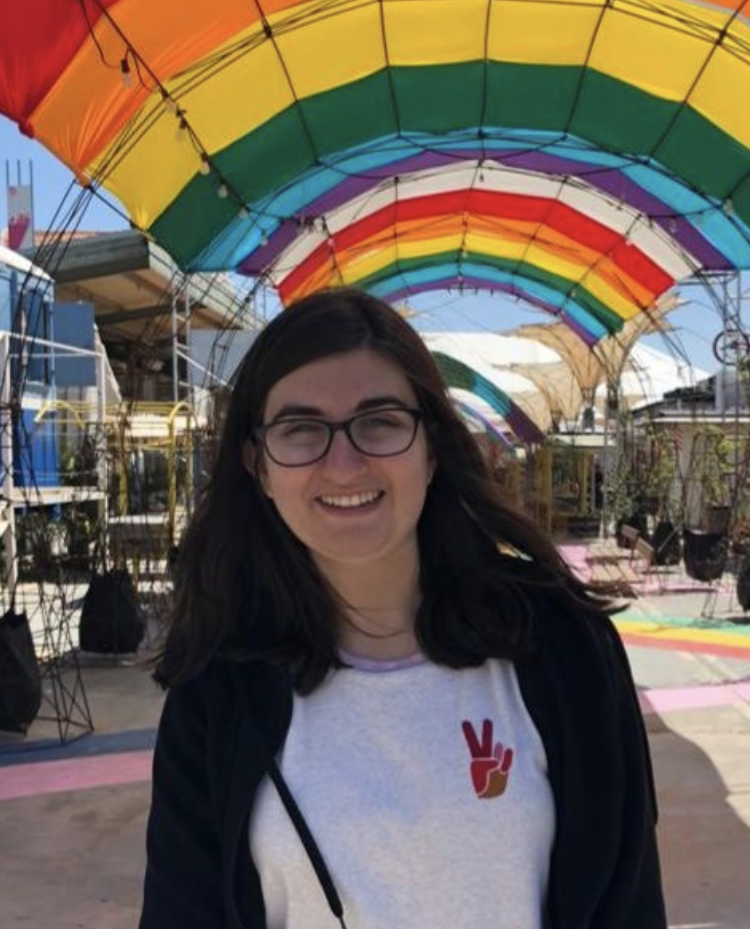 For our first week back from the volunteer period and our last week until Pesach break, we focused on contemporary Israel. We started on Sunday with the Peres Center for Peace and Innovation. Created by Shimon Peres, the Center promotes the message that peace can be achieved through entrepreneurship and exhibits Israel's technological achievements. For part of the tour, we used virtual reality headsets to play games that envisioned what the world would look like in future. The bottom floor of the building was an exhibit of innovative Israeli companies, showcasing their work. I was particularly interested by an Israeli company on display called SpacePharma, which sends patients' cells into space in order to run tests and develop personalized medication for them.

For lunch we went to Yaffo, where I got a delicious potato bureka from the famous Abulafia bakery. In the afternoon, we went on a tour of Park Ariel Sharon outside of Tel Aviv. The park is built on top of a giant landfill where most of the trash from central Israel used to be dumped. While it smelled bad at the bottom of the hill, the top was beautifully landscaped with trees, flowers, and even a pond. It was inspiring to see this solution to the landfill, which used to be dangerous for humans and harmful to the environment.

On Monday we started the day at Givat Haviva, an educational center for shared society. We split into two groups. My group heard from an elderly Welsh woman who made aliyah in the 50's due to anti-semitism in the UK. She talked to us about the Green Line and the West Bank before taking us to West Barta'a, part of an Arab village that was cut in half by the Green Line. We walked right up to the Green Line in Barta'a, and had we crossed the street, we would have been in the West Bank. Visiting Barta'a truly made me realize how complicated the situation surrounding the West Bank is. After lunch at Givat Haviva, we talked with an Arab-Israeli about his experiences living in Israel and his thoughts about his identity. 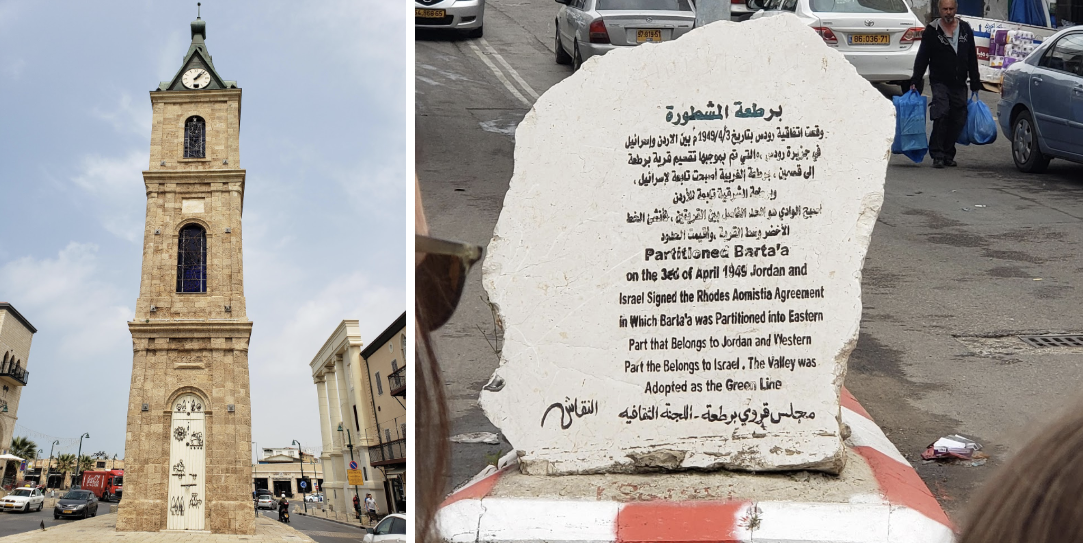 We ate dinner at a Druze restaurant. After devouring their delicious food, a Druze woman explained some of their religious beliefs to us. I thought it was interesting that the Druze believe in reincarnation. After she finished speaking, we had a dance party in the restaurant with live music from two Druze musicians to end the day.

We spent Tuesday in Jerusalem discussing the Arab-Israeli conflict and the status of Arabs in East Jerusalem. We drove along part of the security barrier near Bethlehem. After lunch at the First Station in Jerusalem, an outdoor shopping area, we attended a debate panel at an Israeli think tank between a right wing Israeli and a left wing Israeli about the Arab-Israeli conflict. Their different perspectives once again demonstrated the complexity of the conflict and how difficult it is to find a solution.

On our last day together, we travelled to south Tel Aviv to learn about some of the problems plaguing that community. We visited the Tel Aviv Central Bus Station, which was supposed to be a massive shopping complex in addition to a bus station but is now run down and a site for illegal activities. After we walked through south Tel Aviv, we talked about the African refugees that came to Israel from places like Sudan and Eritrea between 2006 and 2012. We discussed how the Israeli government should deal with this group of people who largely live in one neighborhood and do not have citizenship.

In the afternoon, we visited the Shafdan Wastewater Treatment Plant to learn about how Israel recycles dirty water for use in agriculture. With discussions about waste disposal and non-Jewish residents of Israel, the whole week highlighted some contemporary issues in Israel that most people do not think about on a daily basis. I definitely have a lot to think and talk about with my family over Pesach break.

I reunited with my parents and sister in Hod HaSharon Thursday morning, and after a day in Tel Aviv (where we walked over 12 miles according to my Fitbit!), we celebrated the start of the chag at a seder with family friends in Modiin. I enjoyed partaking in their traditions, such as hitting people with green onions during Dayenu. I'm looking forward to a week of rest and relaxation before reuniting with the class of 2019 for the rest of our program.