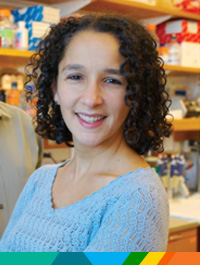 Yael Mossé is an internationally recognized pediatric oncologist and physician scientist specializing in Neuroblastoma at the Children’s Hospital of Philadelphia. She is a member of the faculty at the University of Pennsylvania School of Medicine and is the first pediatric resident at Children’s Hospital who graduated from a foreign medical school (Israel).

The Mossé family moved to the United States from France to escape Anti-Semitism.  A year after arriving, Yael began CESJDS in the fourth grade and was joined by her brother, David.  French is Yael’s first language, unlike Hebrew, as is the case for many international students at CESJDS.  But, the presence of so many of these students proved to make the transition to life in America a bit easier.  Ita Milstein, an English language tutor, made it possible for Yael to assimilate. She developed a passion for learning, academics, a moral compass, and a profound connection to her Judaism and the State of Israel.

Yael’s two primary interests in English literature and biology can be traced to the classrooms of Annette Lakein and Laura Jacobs.  Roz Landy was also inspirational.  The faculty provided “education with passion” and tapped into each student’s individual needs.  The Israel trip after graduation also nourished Yael’s passion for the Jewish state.

After CESJDS, Yael attended Smith College where she majored in English literature and spent her junior year abroad at Hebrew University.  Her honors thesis on Holocaust literature was developed personally with Elie Wiesel.

Camp Ramah in New England was an important part of Yael’s life.  A dear friend from Ramah passed away from cancer, and this experience lead Yael to a career in oncology.  She attended medical school at the Sackler School of Medicine in Israel where the diversity of the patients that she saw – Ethiopian, Palestinian, and others – increased her desire to work directly in patient care.

Today, Yael’s connections to Israel, the Jewish community, and her medical work intertwine seamlessly.  Her professors from the Sackler School of Medicine call her often, and Israeli families come to her in their time of need.

Yael lives in Wynnewood, PA, with her daughter Noa Rachel and her son Yoni Aaron, both of whom attended the Perelman Jewish Day School. Her parents, Georges and Danielle Mossé, made Aliyah in 2014.

View a video about Yael Mossé’s work on Neuroblastoma.