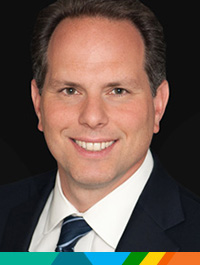 Jeremy Bash ’89 is a founder and Managing Director Beacon Global Strategies, LLC, assisting clients to achieve their business objectives both in the United States and around the world.

He is the only Obama Administration official to have served as Chief of Staff in two national security departments or agencies: first as Chief of Staff to the Director of the CIA (2009-2011) and most recently as Chief of Staff to the Secretary of Defense (2011-2013). As a senior advisor to Leon E. Panetta in both roles, Mr. Bash worked on a number of key initiatives, including the creation of a new defense strategy, formation of two defense budgets, the drawdown of two wars, counterterrorism operations, a new cyber strategy, and a range of sensitive intelligence operations. He traveled with Secretary Panetta to more than 50 countries. From August 2010 to May 2011, he was a member of the CIA’s senior management team overseeing the operation that killed Osama Bin Laden.

A native of Arlington, VA, Jeremy attended CESJDS and graduated in 1989. “The 12 years I spent at CESJDS were the most important years of my life,” he said. “Hardly a day goes by when I don’t look back and realize how fortunate I am to have benefited from the superior academic experience, the friendships forged and the values that infused a Day School education. I am indebted to CESJDS for setting me on a course to pursue my dreams.”

His role in major events has also been recognized in Hollywood. In 2008, he was portrayed in the HBO original movie Recount about the 2000 election recount in Florida.  In 2012, actor John Barrowman played the role of “Jeremy” in Zero Dark Thirty chronicling the hunt for Osama Bin Laden.

Jeremy lives in the Washington, DC region with his wife and three daughters.