DHarris
Mar 13 2020 3:39 PM
Share to FacebookShare to TwitterShare to Google+Share to LinkedInShare to PinterestShare to EmailPrint this page 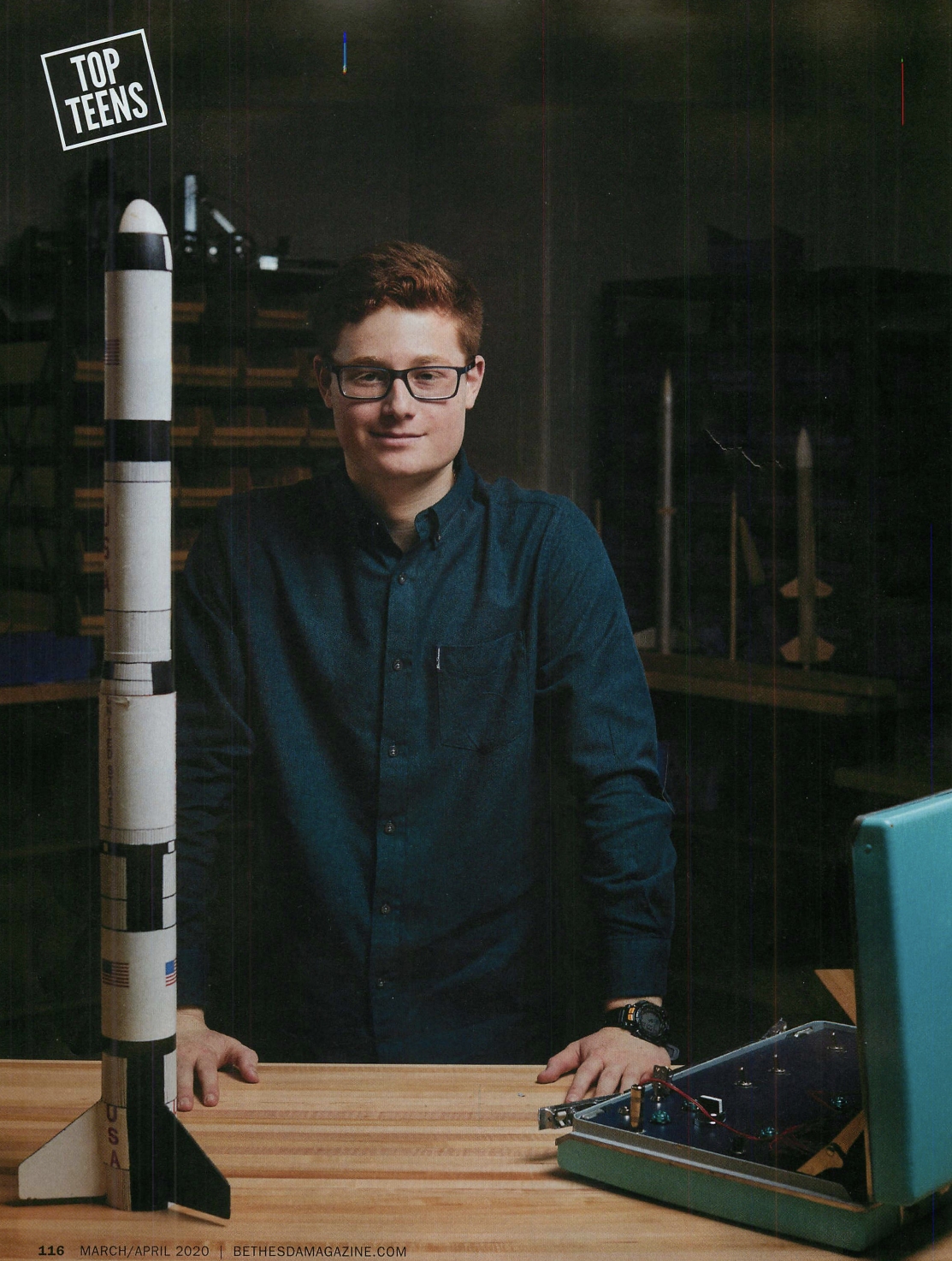 Congratulations to Russell Lubin '20 for being named one of Bethesda Magazine's "Extraordinary Teens!" Russell was featured in the latest issue of Bethesda Magazine for his extraordinary work in STEM, being dubbed the "Rocket Man." Russell's love of tinkering and building started from a young age, and would quickly become his passion both in and out of the classroom. Russell started an engineering club as a freshman, which is now a 30-student club, was editor-in-chief of the School's science journal, and so much more. All of this experience has lead Russell down some pretty cool paths for his future! Check out all of Russell's accomplishments in the Bethesda Magazine article.