DHarris
Sep 25 2019 4:00 PM
Share to FacebookShare to TwitterShare to Google+Share to LinkedInShare to PinterestShare to EmailPrint this page 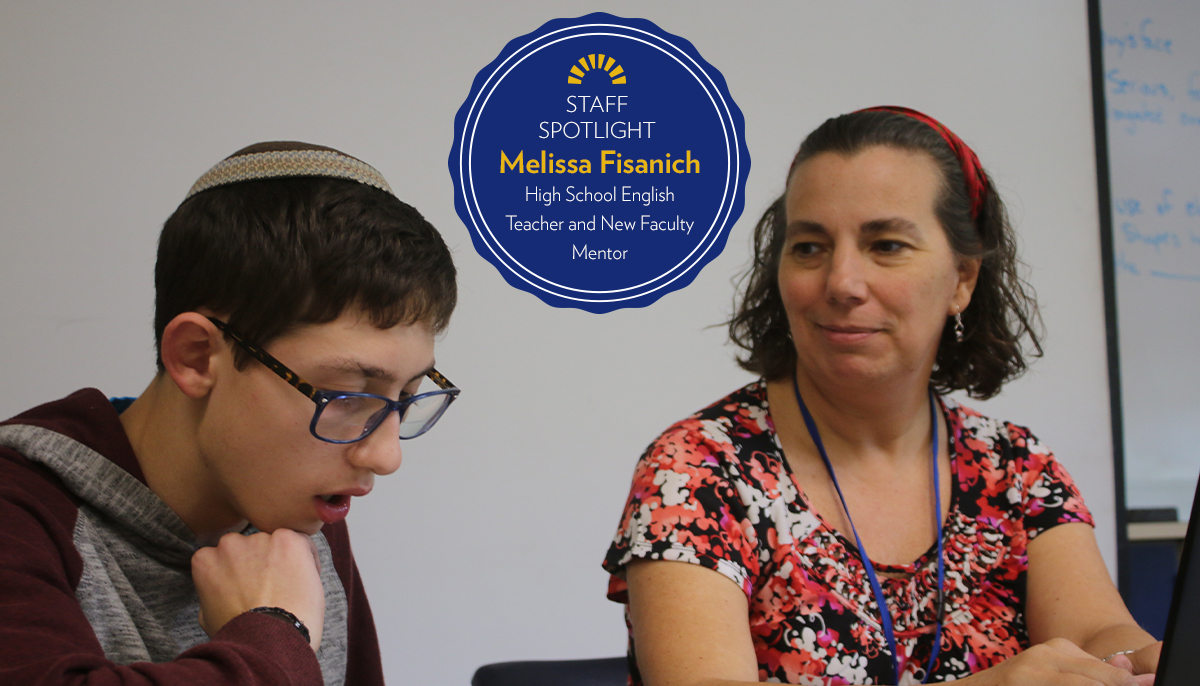 Melissa Fisanich, High School English Teacher and New Faculty Mentor, thought she was going to be a marine biologist. Initially a biology major at St. Mary's College of Maryland, she had a work study job where she organized catalogs and remembers being intrigued by Humanities classes. She made her first adult decision by changing her major to English. Post-college, she worked for law firms and thought she could become a lawyer. Instead, "I was saved from a law career by my roommate and college advisor," she says.

The next stop on her journey was to Johns Hopkins for their Masters of Arts in Teaching (MAT) program. Teaching jobs were hard to come by in the mid-90s, but she received a call from her Hopkins advisor with an opportunity to teach at CESJDS and focus on writing. Two days after she received an offer from the School, she met her husband!

Melissa taught at CESJDS from 1996-2004, and left for a few years to stay home with her children. In those interim years, she did private tutoring and worked for a speech pathology practice. As luck would have it, there was an opening in the English department at the same time her son was entering Kindergarten, and she returned in 2010.

She has taught every grade at the Upper School, except for 6th. "I love the kids and the community," she says. When the Upper School formally split into Middle and High School divisions, she chose high school. "I love teaching writing to 9th graders. A 9th grade brain changes so much from the beginning to the end."

Melissa prides herself on not teaching the same thing year after year. She has a lot of autonomy within a framework, and likes to try new things and stay fresh.

When she's not inspiring young minds, Melissa can be found quilting, cooking, biking the canal towpath, or doing Martial Arts. She is a Brown Belt in Korean Karate. Her family also cooks a big dinner together every Saturday night.