Rabbi Mitchel Malkus is Head of School at the Charles E. Smith Jewish Day School of Greater Washington, D.C. where he has served since 2013. Previously he was Head of School of the Rabbi Jacob Pressman Academy of Temple Beth Am in Los Angeles, CA. He has also served as Instructor of Jewish Education at the Wm. Davidson Graduate School, Adjunct Faculty at the American Jewish University and Hebrew Union College-JIR Los Angeles, and taught Talmud and Jewish Philosophy at the Solomon Schechter High School of New York.

Rabbi Malkus was awarded the first Ed.D from the Wm. Davidson Graduate School of Jewish Education at the Jewish Theological Seminary (JTS), where he also received Rabbinic Ordination and an MA in Judaic Studies. He pursued his BA in Political Science from Columbia University. He has studied at Yeshivat HaMivtar in Israel and at the Principals’ Institute of the Harvard Graduate School of Education.

Rabbi Malkus writes extensively on curriculum, instruction, and educational leadership. He was chair of the BJE Los Angeles Day School Principals Council and is a 2009 recipient of the Milken Jewish Educator Award. Rabbi Malkus was a mentor at the Day School Leadership Training Institute (DSLTI), served on the editorial board of HaYidiyon, and had the privilege of being an alternate delegate at the World Zionist Congress in 2010.

Rabbi Malkus sits on the Advisory Board of the Collaborative for Applied Studies in Jewish Education (CASJE), where he is a past co-chair. He and his wife, Caryn Bunder Malkus, live in the greater Washington D.C. area, and their two children, Eitan and Coby, attend the Charles E. Smith Jewish Day School. 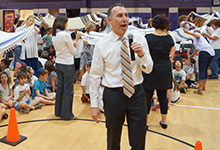 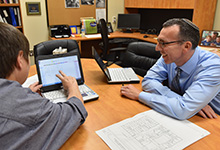 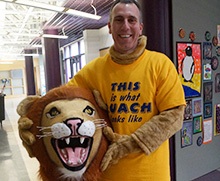