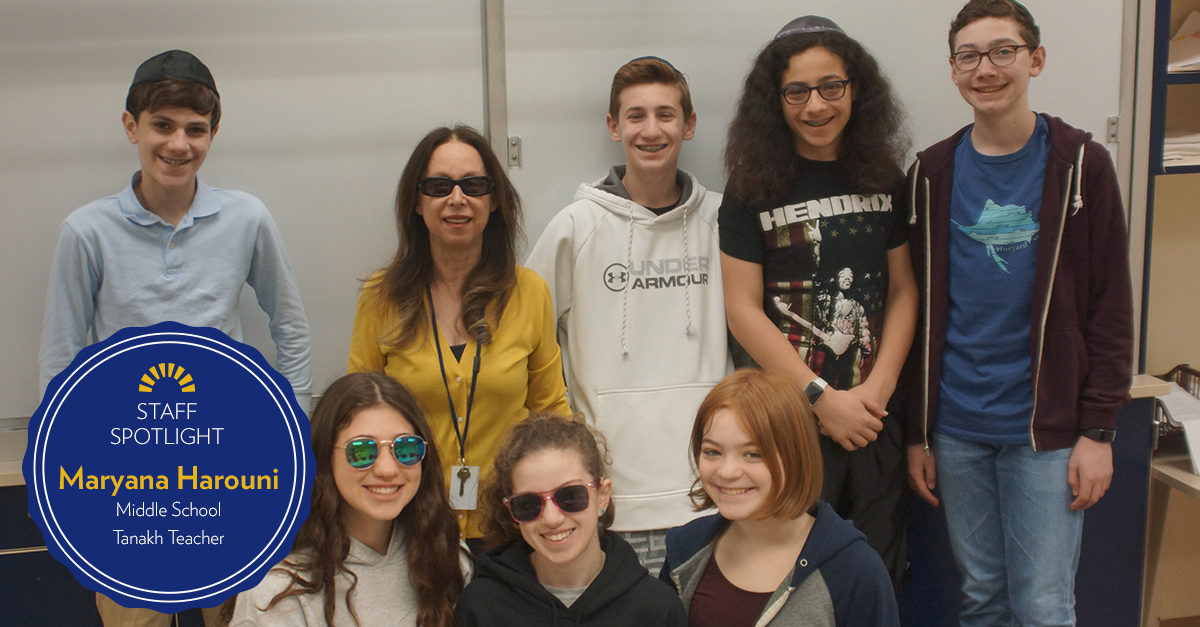 Maryana decided that she wanted to join the CESJDS family when she attended a shiva call for a community member, and saw the number of students who were formally dressed and brought food for their grieving friend. She immediately knew what a special place it was. She loves the team that she works with. "My colleagues are outstanding professionals and amazing human beings--they represent values. It is apparent that they love what they do," Maryana remarked.

Connecting with her students is very important to her and she stays in touch with them even after they graduate. "When I see a student talk Tanakh, question and analyze the text, and come up with amazing ideas--I know that I've done my job," she says. "These students are the modern Maccabees."

Maryana grew up in Iran, and was raised in a traditional and Zionist home. "My father insisted on speaking Hebrew at home, even with the dog. He instilled in me his love of Tanakh. We used to have long conversations about the Tanakh since I was a child." She made Aliyah to Israel in 1977 and attended the Hebrew University of Jerusalem. She has not stopped studying since and takes a formal course every year. "I cannot be a good teacher unless I experience being a student at the same time and model to my students how important it is to be a lifelong learner" she says.

This past summer, Maryana spent time in a 12th century renovated chapel on top of a rock in Provence, France, painting the breathtaking scenery of the lavender fields. She enjoys visiting museums around the world and seeing works by artists like Giacometti and Brancusi. Maryana was selected as one of the ten most interesting Jews by the Washington Jewish Week. Of all she has done in her life, she is most proud of her son, Ariell, who is an Economics professor at Vanderbilt University. "I admire him for being wise, but even more, for leading his life with the right values," she says, "that is what I want to give to my students as well."

"Every morning I wake up and I'm happy to come to JDS and study Tanakh with my students." 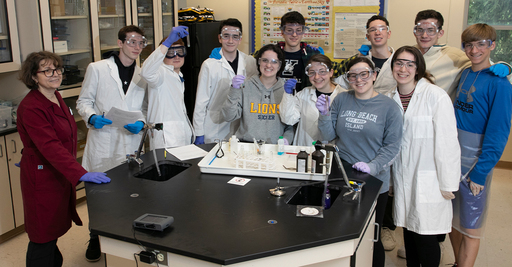 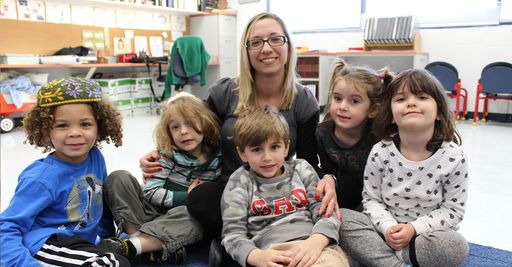 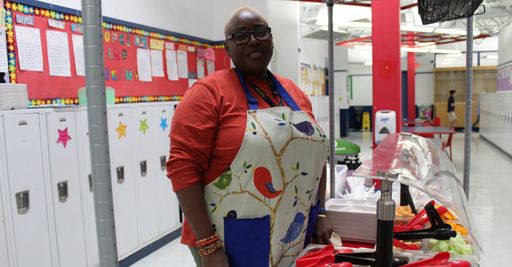