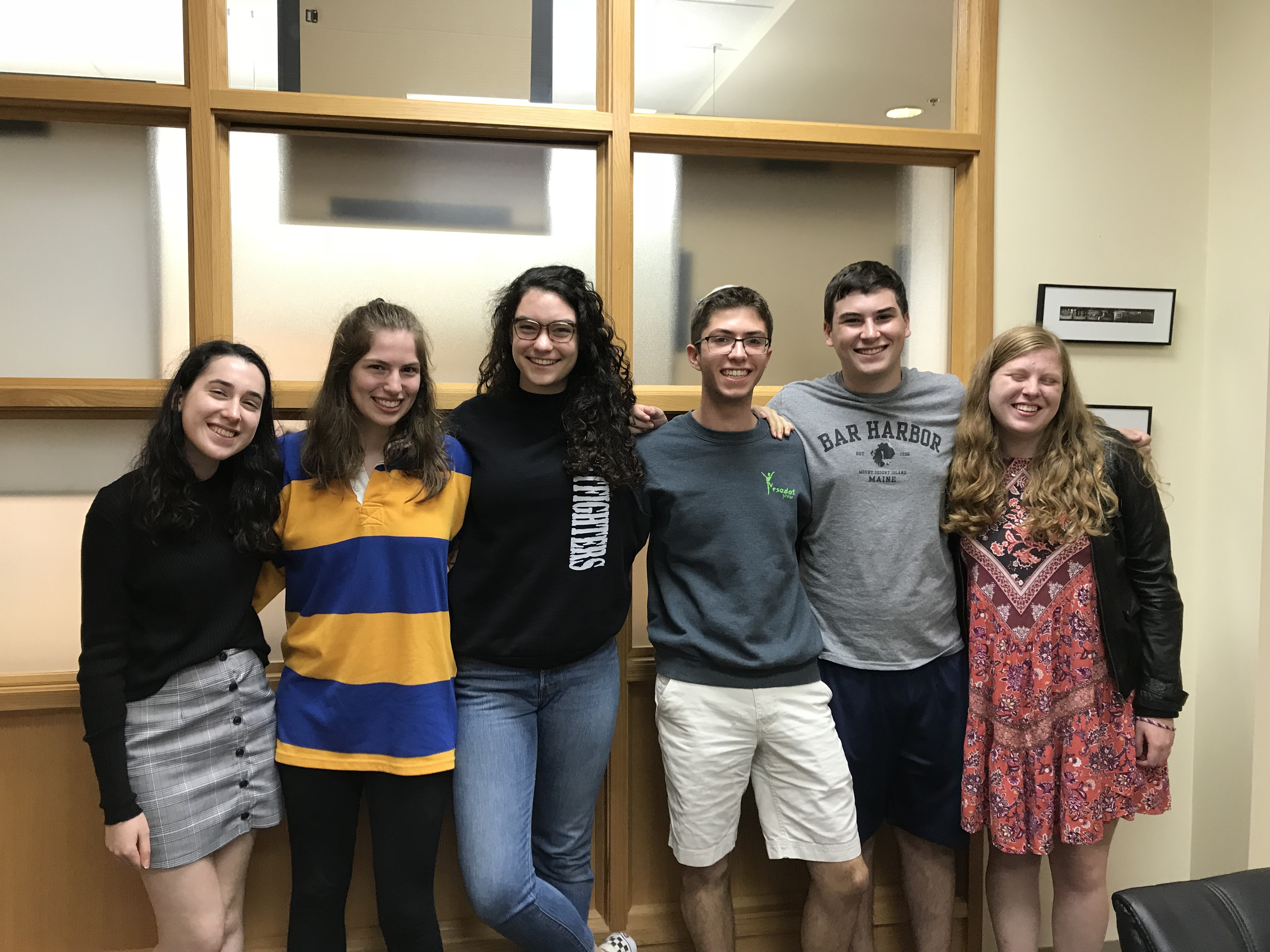 An abridged version of this article appeared in a recent issue of Kol Habirah.

Amelia Davidson has been a CESJDS student since Kindergarten. She loves math and science, but is also interested in ‘all things politics,’ and enjoys classes that focus on current events and issues. Amelia was president of Junior State of America, is currently the news editor for The Lion's Tale, participates on the debate team and Model UN, plays Varsity Volleyball and is a peer tutor. Amelia started a "Talks for Tolerance" club at JDS where her friends from a Seeds of Peace summer program (specifically Arabs from the Middle East) Skype in and talk to students about their lifestyles and political views and answer any questions. 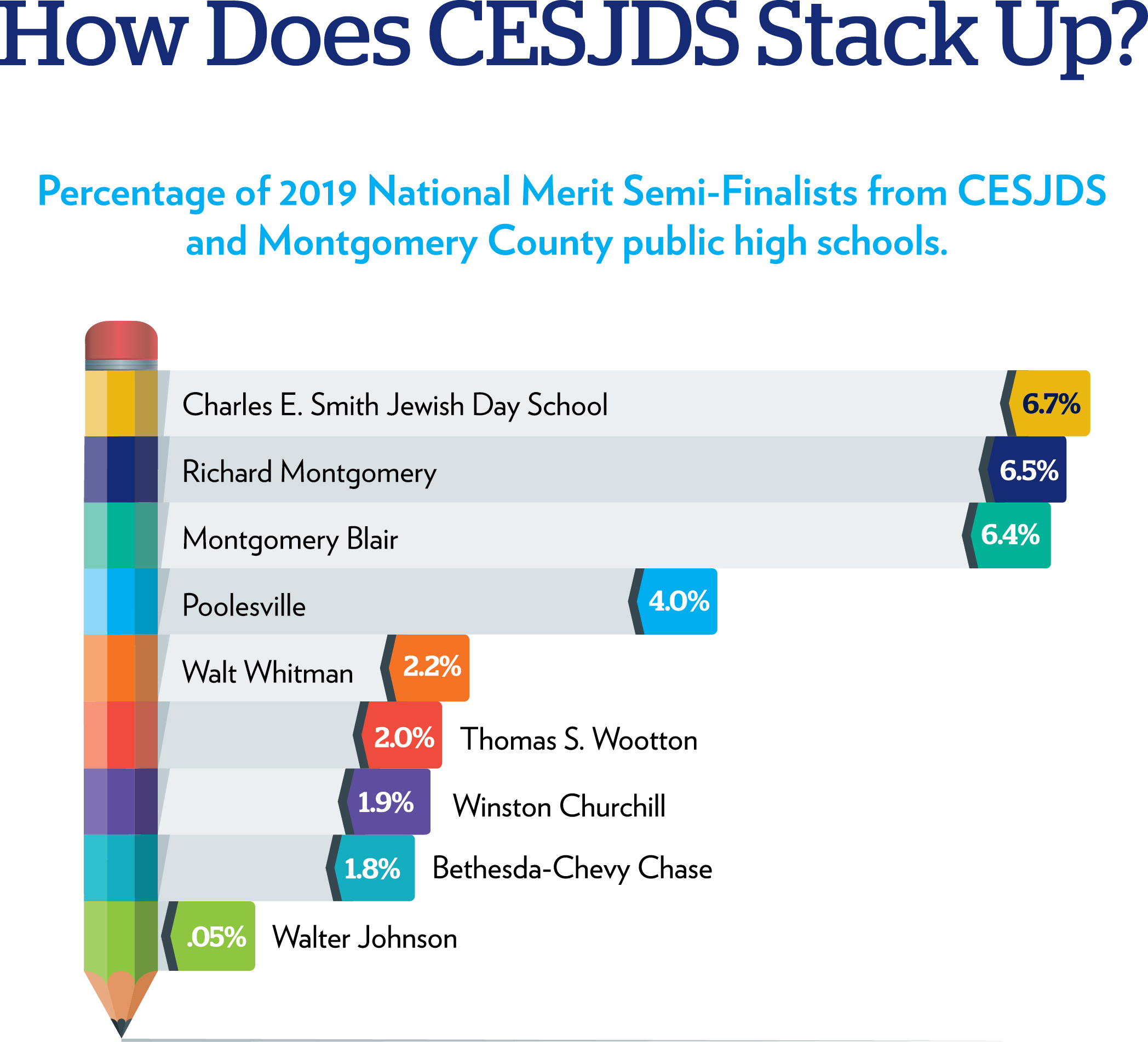 Tamar Eisen’s academic interests lie in math and chemistry, and she is able to channel those interests outside of class as the editor of the Bohr-Franklin Scientific Journal. She also participates on the debate team, in winter and spring track, and is a tutor in the English lab. Outside of school, Tamar volunteers with Friendship Circle and Better Together. A CESJDS student since 7th grade (she is a MILTON graduate), Tamar believes that CESJDS has provided her with critical thinking skills that will be beneficial when she graduates. She also credits the School to pushing students to work hard and do their best, which will also serve her as she navigates her next steps.

Ilan Gasko feels that CESJDS has well-prepared him for college, especially building relationships with faculty. A CESJDS student since Kindergarten, his favorite subject is Physics, and he has participated in Junior State of America (and served as Vice President) and grade government, and was on the debate team for three years. Ilan is involved in Israeli Dancing four days a week, and with the Yesodot and Kesem Israeli Dance Troupes. He also tutors other students in all subjects.

Aliza Rabinovitz founded a club at CESJDS, Coder Gals, to teach elementary school girls how to code! She spent two summers with Kode with Klossy as a scholar, first learning frontend web development and the second learning iOS app development. She is also Editor-in-Chief of The Lion’s Tale, participates on the mock trial team, and plays volleyball. Aliza is most interested in Math and English, and has been a student since Kindergarten. When asked in what ways has the School prepared her for college, she responded “CESJDS has taught me the value of managing my time and organizing myself to complete my assignments on time. My classes have also prepared me to challenge myself and push myself to take ideas further and to work on the logic of my arguments, both of which I think are essential for college and the future in general.”

Max Rogal has participated on the CESJDS Cross Country team since 7th grade, and has also played baseball since 6th grade. Like many of his peers, he also participates in Junior State of America and the Debate team. A CESJDS student since Kindergarten, Max feels that the early start to the College Guidance process in 10th grade has been imperative in helping him prepare for applying to and, soon enough, attending college. Max lifeguards part-time, and has been going to Camp Yavneh in New Hampshire since 2010. He is hoping to be a counselor next summer.

Sophia Sadikman has been keenly interested in Calculus at CESJDS, along with Hebrew and History. She participates on the Yearbook staff, Student Council as a grade representative, the Debate and swim teams, is a part of the Junior State of America and Better Together Intergenerational Program partnership with the Charles E. Smith Jewish Life Communities, and is a member of the Jewish Conservative Club. As a CESJDS lifer, Sophia feels that the School prepared her to deal with a lot of work (especially with all of her other activities) and how to manage her time. The rigor of CESJDS has taught her to work hard and apply herself, which she will carry onto college.

*Private schools are not required to disclose National Merit Semi-Finalist numbers, and CESJDS does not have any comparative data.